Boston is an entrepreneurial capital!

Last week, Boston met more than seven thousands talented people, from all over the world, for the Forbes 5th Annual 30 Under 30 Summit. The best entrepreneurial mindsets, rockstars of the corporate world, influencers and a new generation of enthusiastic people who want to change the world, were under one roof, for more than four days.

Participants celebrated and shared stories about their creative, business, social and community accomplishments that are changing the mindsets and lives of millions of people!

The Forbes 30 Under 30 Summit consists of four days of inspirational and educational talks,  extraordinary experiences, and amazing networking, that brings together more than 7,000  young entrepreneurs, visionaries and disruptors along with more than 200 world-class speakers, in 24 industry-specific content tracks, from crypto to sports to venture capital to consumer tech.

The conference started on a Sunday morning with attendees engaging extraordinary speakers, expert supporters and each other at The Village. Attendees learned about new business ventures, were given domo’s, and used products hands-on.

Jerry Spatch, the CEO and Founder of Spatch Games was networking to tell attendees about his new game, Vers. Vers is a card game so easy and friendly that anyone from toddlers to grandmothers could enjoy playing by singing rap verses! 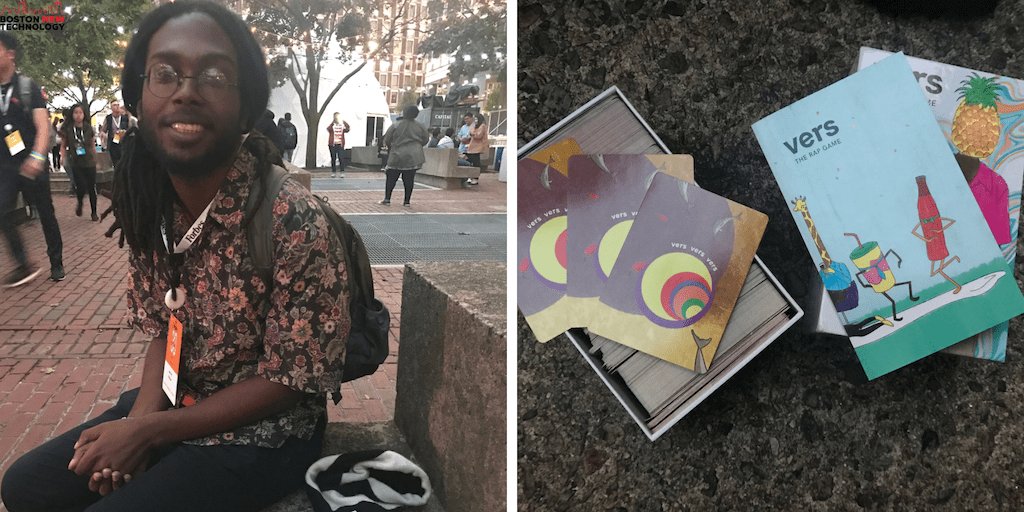 In the heart of Boston City Plaza, Startup Hub featured dozens of innovative startups with disruptive business models. During VC Speed Pitching, entrepreneurs practiced their pitch with investors, face-to-face, receiving feedback, advice and insights. Many founders took the first steps to raising funding, by making connections that could quite possibly turn into partnerships.

The most significant event for young entrepreneurs kicked off with a great lineup of young breakthrough artists. The first female beatboxing champion, a singer and instrumentalist, Butterscotch, opened the show. The second act of the festival was in hip-hop style with platinum-selling artist Russ, who writes, produces, sings, raps, mixes, and masters his songs. DJ Marshmello, well known for his unique style, with 20 million YouTube subscribers, was in charge of closing the festival, to great applause. 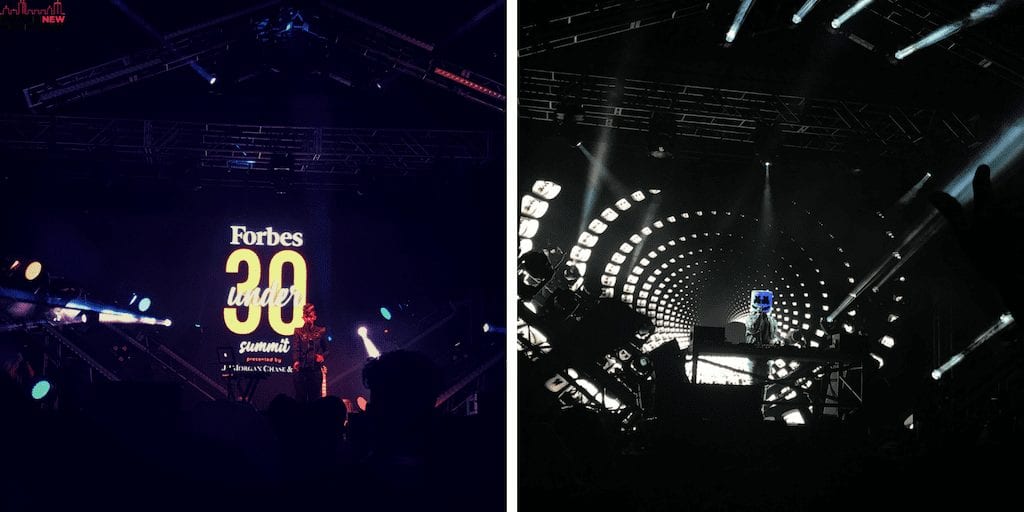 There were six session tracks, each taking place on separate stages, with expert speakers throughout the day. Investor, TV host and marketing expert, Bonin Bough, was discussed the kind of advertising and marketing future are we moving towards, with media being the new top message format.

On the capital stage, Jim Cunha, Senior Vice President of Treasury and Financial Services, The Federal Reserve Bank of Boston, was interviewed by Forbes reporter, Michael del Castillo, about how central banks around the world are exploring the potential benefits of decentralized crypto-currency.

Some of the top experts from the media track were the CCO of Playboy Enterprises, Cooper Hefner, CEO of HerCampus, Stephanie Kaplan Lewis, Former Publisher at Grantland, and David Cho. They discussed building a brand in today’s media environment and successful tactics they used in launching or relaunching their media companies.

The Forbes 30 Under 30 Summit was quite a unique experience, being able to learn about business and technology, as well as be inspired not just by industry experts, but also by young rockstars, like Kyrie Irving, who began his NBA career as a teenager on the Cleveland Cavaliers. Kyrie, now 26, is a Boston Celtics point guard, Hollywood actor and Wheaties box star! One of the highest paid athletes in the world, he’s also collaborating with Nike to design personalized shoes and sell them globally. 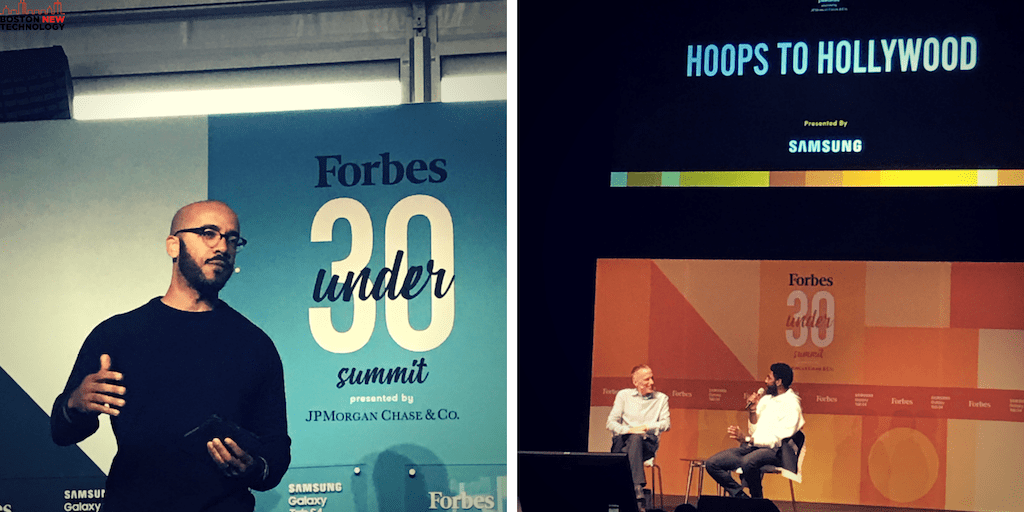 At the end of the day, the Forbes 30 Under 30 Summit provided not just business education and top networking, but a chance for attendees to evolve personally. Ivan Jed Reyes, General Manager of O&M Solar Services, shared his takeaways from the Summit, saying “Often, I feel like I am in a bubble, since we work with a lot of companies in the solar industry.  It was a nice breathe of fresh air to meet fellow entrepreneurs my age who are impacting the world in their own way. I love California, and I still believe it’s the best state, but I didn’t realize how much I would miss the city of Boston. The very rich history of the city, the delicious taste of fresh seafood, and the ever so charming and friendly faces of the citizens! I don’t think I can ever forget the beauty of this city.  Overall, I’ve made some genuine friendships through the Forbes 30 Under 30 Summit, and I can’t put a price on that!”

30 Under 30 was also about business achievements.  In one amazing example, Ivan shared his business takeaways, saying, “I landed four clients who will owe close to $100,000 in taxes. Since installing solar allows you to receive 30% tax credit off the purchase price, not only is our clients making an impact to save the world. They also get a huge sigh of relief that they don’t have to worry about paying their taxes for the next tax season. As an icing on the cake, they can accelerate the depreciation of the solar equipment over the course of 5 years, in addition to writing-off the initial purchase. We shook hands and sealed the deal while we were in a line of the Fidelity Photo Booth.”

Overall, the Forbes 30 Under 30 Summit is one of the best conferences for anyone who wants to be inspired to step outside their comfort zone, and receive great education to become an entrepreneur, own their own business, set their own goals and hours and be their own boss.  30 Under 30 helped thousands along their path to make their dreams come true.

Boston New Technology and co-authors of  this post, Chris Requena and Tatsiana Lukomskaya, thank the Forbes 30 Under 30 Summit for the opportunity to participate and look forward to next year’s event!